One Ant Arguing with Another Ant

The following article originally appeared in the Redeemer Report.

One of the common frustrations church planters often face is a kind of protectionist turf consciousness that they meet from established churches in their target areas. If the established church, however small or weak it may be, discovers that a new church might begin nearby, the church planter must walk very carefully in order to not arouse hostility and fear before he even begins.

Wise church planters will take their time before moving into a neighborhood, establishing relationships with resident pastors and local Christian groups, learning their triumphs and frustrations and eventually asking for their advice. Unfortunately, even this may not be enough.

Over the course of my life in ministry, I have personally seen churches in Washington, D.C., Boston, New York City, and even small towns reject the idea that a new church is needed. “What’s wrong with us?” is usually the unspoken question. “You’re implying we aren’t up to the job?” One pastor had to change denominations in order to gain permission to plant a badly-needed church in a small college town. The already-there church had a congregation of fewer than 100 people, and saw no need to change anything to win the college community—yet they still fought the idea that another church might win people that they could not.

The truth is, the natural outward face of churches has a shelf life, or as the Brits call it, an expiry date, somewhere around 15-25 years. Unless there has been a deliberate strategy of outward-facing church planting and evangelism, the needs of the insiders tip the balance over outsiders’ needs, and the church’s metabolism gradually shifts to an inward-facing one. It isn’t that those who are insiders—members—shouldn’t have their needs met. Youth groups, mom’s groups, Bible studies, counseling, and more are all important. But if the members lose sight of the Prime Directive—“Go and make disciples”—they can fall into the habit of just “doing church as usual,” thus becoming deaf to the needs and sensibilities of skeptical outsiders.

If, in the words of Alan Hirsch, we are only thinking of red water Christianity, this makes a certain amount of sense. If we see the vast expanse of blue water around us it doesn’t make sense at all. If, in the metaphor, food is perceived as scarce, sharks and other predators will battle one another over the food supply, leaving the water red with blood. But if the whole wide blue ocean is teaming with life, then there is no need to fight over the limited number of believers. (And no, this red/blue illustration has nothing to do with politics, but fish blood!)

If all we are doing is shuffling the saints or stealing sheep, then yes, there is reason to fear that a new church plant might lure away members (even the church shoppers/church hoppers take up seats on Sunday morning, making things seem more lively).

But if our sights are set on winning those who don’t yet know Jesus, the supply is nearly infinite. As Terry Gyger, former Director of the PCA’s Mission to North America church planting committee said, “It’s like one ant arguing with another ant over who gets to eat the elephant.”

Neil Powell and John James’ book on collaboration in Birmingham, England, Together for the City, acknowledges the need for churches to work together. We must remember that our mandate is to reach the unreached rather than hoard the spiritual and material wealth God has given us. It wasn’t ours to begin with, and giving it away in the form of people and money to start new churches is the only way for a church to remain vital. 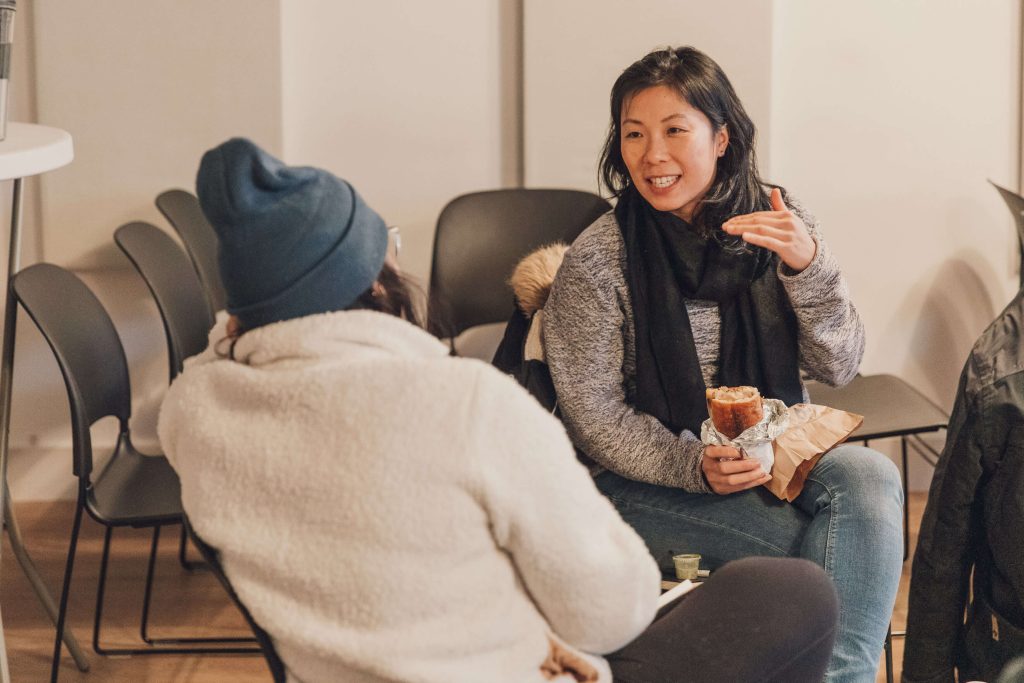